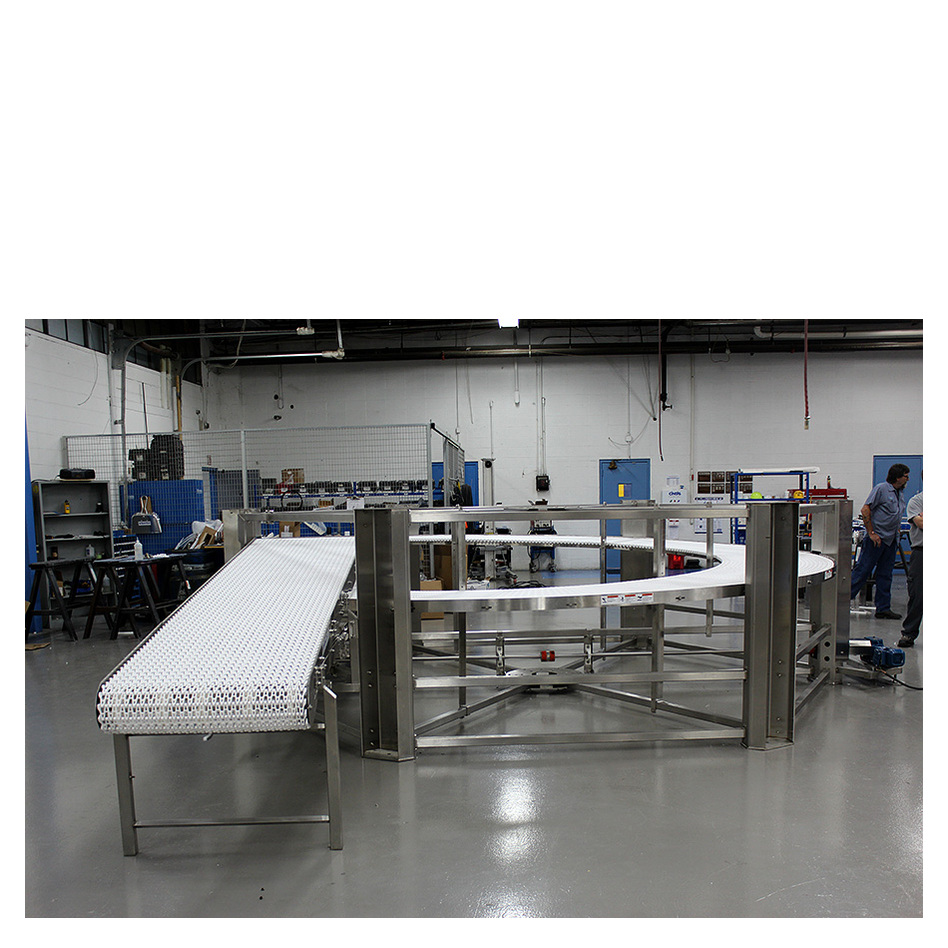 The cooling conveyor travels 360-degrees around the room. Normally, drag is created between the plastic chain and the outside edge of a spiral conveyor. This drag creates friction that requires more horsepower to keep things moving. A more traditional approach would require three synchronized motors.

To lower costs, a quarter-horsepower motor driving the belt chain was installed at multiple points. This allowed the 360-degree conveyor to move to the exact timing needed by the cooling crackers – 10 feet per second – on far less horsepower than would have been used with three motors.

How Can We Help You?

We are here to help you grow your business. Increase your efficiency, reduce your costs, and quickly deliver your product to your customers.